A silk purse from a Sow’s ear

Posted on April 21, 2020 by George Walker. Filed within Uncategorized. 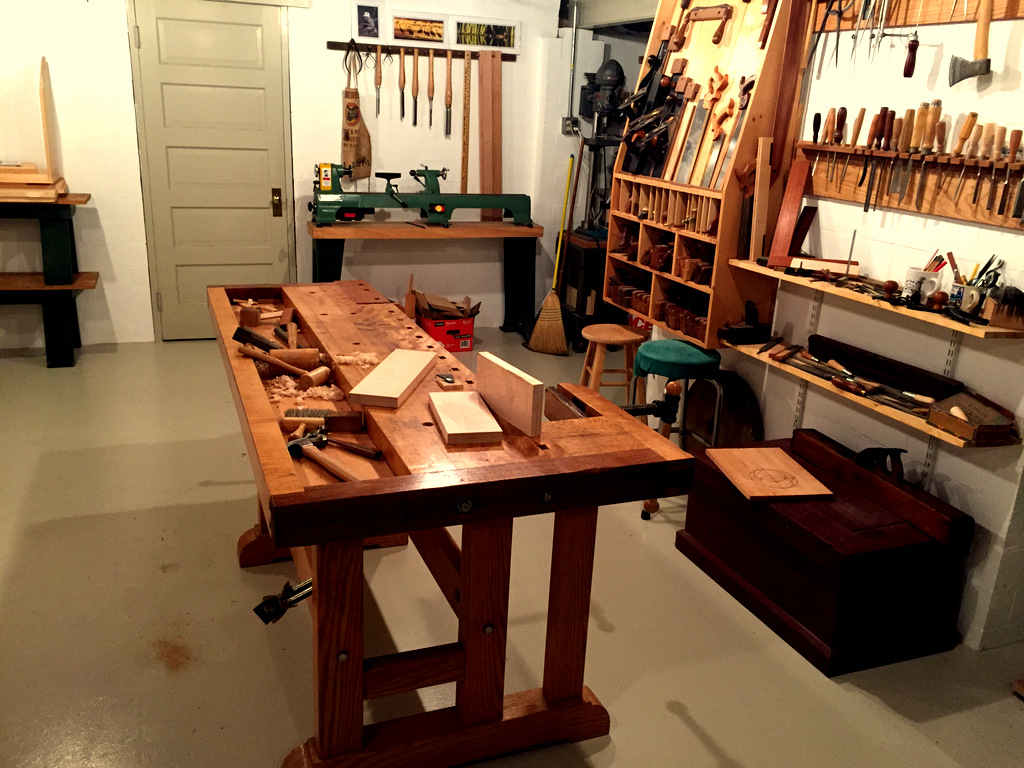 Over at the Lost Art Press Blog, Chris Schwarz made a series of short videos about the pros and cons of the workbenches in his shop. It’s a wealth of workbench wisdom for anyone intent on building or upgrading their bench. I have to admit, it brought to mind the shortcomings in my own bench. It’s a German style bench with a shoulder vise I built about twenty years ago. This is the first serious bench I built after stumbling about with a couple of horrible workbench attempts. The first one was an old hollow core door with a mechanics vise bolted to it. Basically a big shelf and about as sturdy as a folding card table. Then I cobbled together a bench out of construction timbers and made a face vise using the fork tubes from a 1977 Honda 750 I wrecked on a curvy gravel road. That bench and vise was pretty much a wreck also. Then I got serious and built my present bench. It made a world of difference in my work and the build itself improved my joinery skills. Yet when I look at it after watching the workbench reviews, some glaring faults stick out. It has a tool tray which does turn the workbench into one big junk drawer. Reminds me of the gutter in the dairy barn that cows crap in and needs mucking out constantly. The work surface is only 14 inches deep and too narrow for much of what I need. Worst of all it’s not flat. I know this is blasphemy, but it’s true. There’s sort of a “flattish” zone where most of my work takes place, but towards the ends where the top is capped with heavy timbers it’s a bumpy road. Yet, in spite of this glaring fault, I’m able to process boards that are flat and true with ease. Come to think of it, most of the workbenches I’ve seen in the wild are anything but flat. Often worn so badly they look like the dished out stone steps at the old post office. How does one get flat and true boards using a less than true workbench? How do I make a silk purse from a Sow’s ear? The answer is geometry and the often overlooked tool, the wooden straight edge and winding sticks. These user made tools help me get a true picture of the surface I’m truing up regardless of the faults in the bench. Would I like a Benchrafted split top Roubo with a criss cross vise? You Betcha! Until that happy day comes, I’ll continue to make silk purses with the aid of my handy user made straight edge and winding sticks. If you’d like to make a set for yourself you can purchase a video here on our site to walk you through the process.