Posted on May 12, 2016 by Jim Tolpin. Filed within Artisan Geometry, History, Uncategorized. 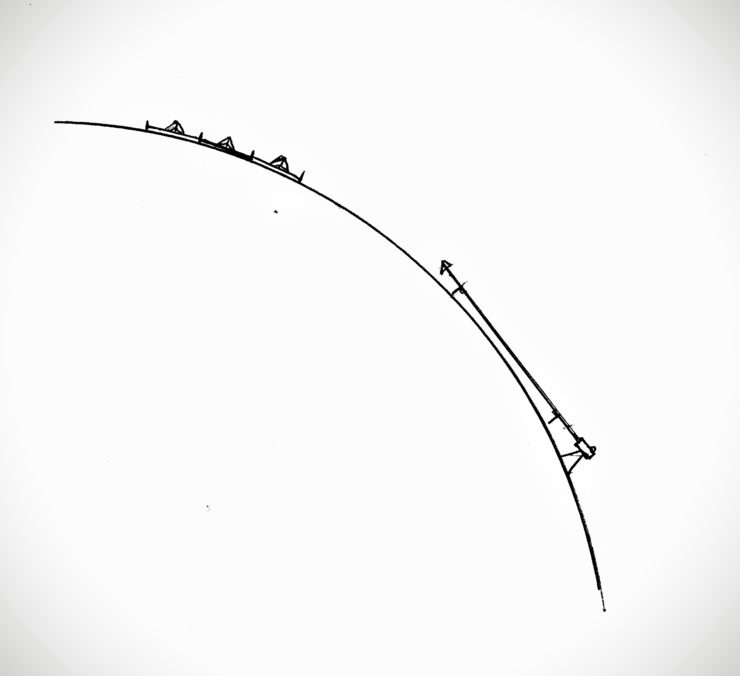 Been thinking about the Libella lately…the ancient leveling tool. Would it be as accurate as today’s laser levels?  No, probably not. The precision of the laser would far surpass that of a bundle of sticks and a plumb line. But would it always give you the result you wanted?  Theoretically, at least, only if you were building on a plane surface. If you were leveling a very long structure—say an aqueduct, the laser would give you a perfectly straight line—but it wouldn’t follow the curve of the earth. Posts erected square to the level line of the laser would be parallel, but they wouldn’t be plumb. The libella has this factor built in simply because they always index to plumb—the plumb line always points directly at the center of the earth–straight and parallel aren’t what you are actually looking for.

3 thoughts on “Libella vs. Laser”