Working to Plans… or not.

Posted on May 19, 2016 by George Walker. Filed within Layout, Workbench Wisdom. 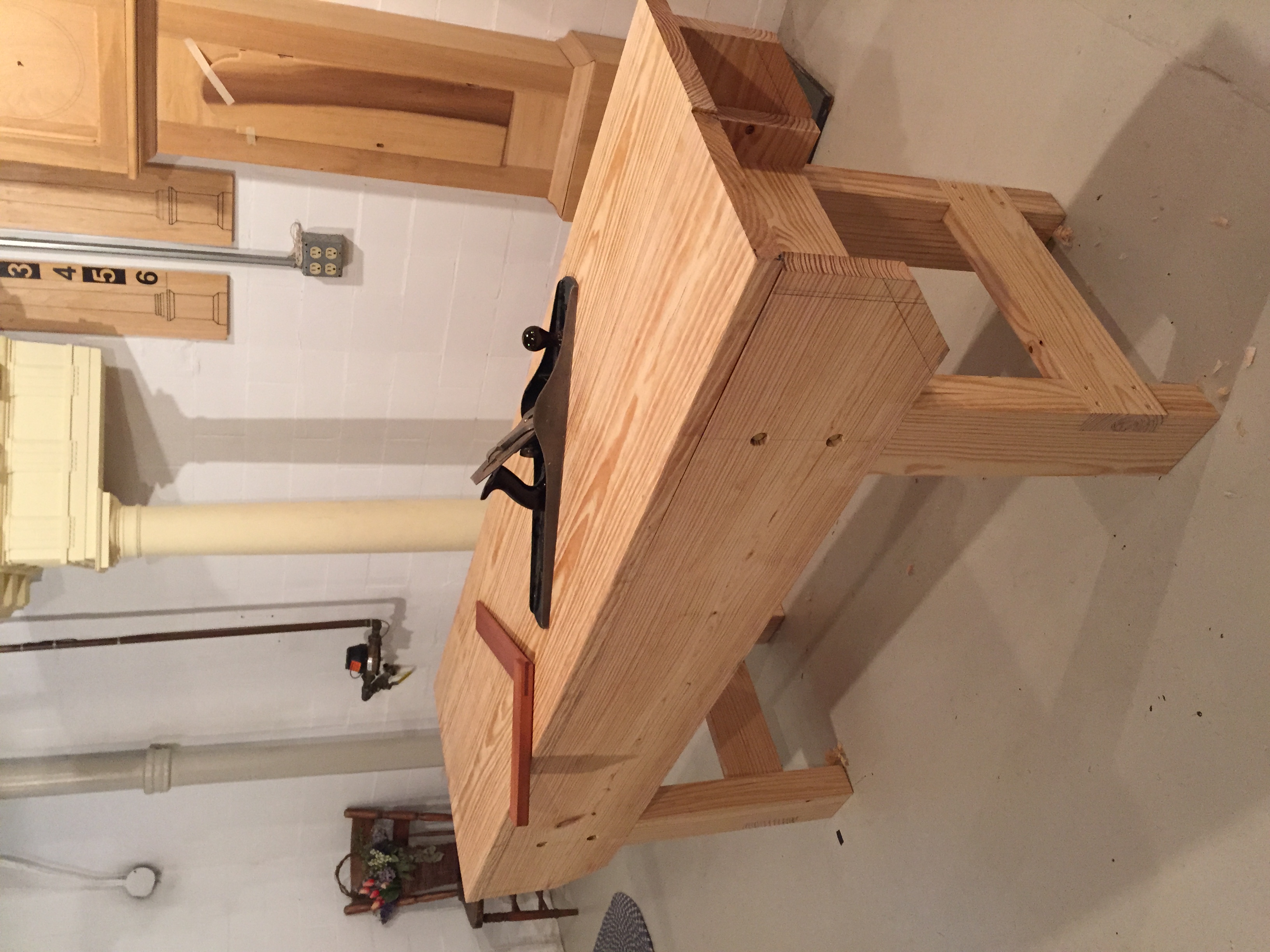 A wise woman once said, “Plans take all the fun out and make it seem like work“.

Eight years ago I stopped using plans. My idea was to find out how the old masters worked with just dividers and proportions. That’s a giant leap for this fish who swam 30 plus years in a factory where you couldn’t sneeze without a print. I admit, that was part of the allure of it.

So I haven’t made anything to plans for years until my son Josh wanted to build a workbench. He chose the knock down Nicholson bench that Chris Schwarz wrote about in the November issue of Popular Woodworking Magazine.

Josh is new to woodworking so this seemed like a great project. Schwarz’s article and plans are well thought out and we managed to pull together a sturdy bench that I’d be proud to own and work on. Yet it quickly dawned on me that I no longer have a “plans” mindset. After stumbling through a couple of measurements and second guessing, I tossed aside the tape measure and held one part against it’s mate to scribe a layout line. In fact I realized that other than a few overall measurements, we could and did build it fitting one part to another. Very un-plan like.

Building to plans seemed oddly enough,  like a visit back to the old grade school playground. As a kid it seemed so big and that sliding board so high, but now with adult eyes it feels small. Plans now seem like confinement vs running free with a pair of dividers in one hand. Well, not actually running free as my first grade teacher Mrs. Gobely would tell me I’m sure to fall down and poke my eye out.